A Simplified History of the Butley Ferry

Prior to the Augustinian monks acquiring large tracts of land in the Butley and Orford area, Burrow Hill was an island set amongst the mudflats and saltings. At high water it would be totally cut off from the nearest high ground and at low water it would have been accessed by a causeway, the remains of which have been discovered in more recent archaeological excavations. Sheep would have been grazed on the island, but it would have been a long trek to get them to the market at Orford. The Priory set in motion the building of the river walls and the draining of the low-lying land, creating rich pasture and farmland on both sides of what is now a much more confined river. The Butley Marshes were thought to have been drained between the 1520s and 1530s. They now only had to transport stock and produce over a narrow river to have a much shorter trip to the market.

Butley Priory owned the land on both sides of the river and there are no records to show that they ever leased out the ferry rights so we have to assume that either the friars, tenant farmers or another “employee” worked the ferry on the priory’s behalf. When the Priory was closed in 1538, a list was made of its entire staff. This included four men described as “boat-keeper and fisherman” and one described only as a “boat-keeper”. It is possible that the ferry was tended by one or more of these men, as needed. At slack water, at high tide, cattle could be swum across the river and sheep could be taken across on shallow draught craft, probably resembling wide punts. The ferry originally operated from a point near Boyton Dock at the end of a road from Boyton called “The Portway”. On the Gedgrave side, opposite Boyton Dock, a straight road ran directly to Orford.

In 1383 the ferry was moved to its present site “for the convenience of the Priory!”.

After the dissolution of the monasteries by Henry VIII, the land was sold off. During the 16th century we know the land was sold to a William Forthe of Hadleigh and at the end of the century the ferry is recorded as being run by Robert Forth, the landowner. There is no record of who the employed ferryman was but he lived in a house built on “20 perches of land next to the river wall” and there was free passage for pedestrians. This probably sounds like a poor business arrangement but there was probably a charge based on whatever produce, stock or animals were being transported.

In 1632, Robert Forth’s grandson, William, sold the lease of the Butley Ferry, the Ferryhouse and land for £300. It was bought by Robert Dover of Diss (a gentleman) and Robert Morse of Stuston. This was valuable land as it included sheep pasture along the river walls. The large amount paid suggests outside investors who would have paid local men to run the ferry and the farm. A Charles Guilders was living in the Ferryhouse at the time and may have continued to work the ferry.

There are large gaps in the ferry’s history but it continued in use for a few hundred more years. It is recorded that, in 1841, John Levett was struck by a bullock and killed at the ferry. The ferry was operated by the Smith family for almost a century. George Smith, the ferryman, was run over by a wagon in 1897 and his widow, Maria, was left with ten children and had to row the ferry herself. She was not the first woman to do so as a century earlier another widow, Lydia Gunnell was in the same situation. A map from 1895 shows Ferry Cottages as a pair at the foot of Burrow Hill (by the gate) with nice gardens and a well close to the Tang. The ferryman lived in one and the shepherd in the other. Jane Cornard, who holidayed at Ferry Farm in 1914, said that the ferry rarely functioned as the ferryman was constantly in and out of jail.

The ferry “hards” are shown on the earliest detailed map of 1802 in exactly the same place as they are now and it is likely that they have been in this position since the ferry was moved to its present position.

After the 1st World War the ferry continued in use but, with the increased mechanisation of farms and the introduction of local bus services and transport of animals by lorry, it eventually came to a halt in 1932 when the boat was severely damaged after getting caught in the sluice. It was not considered worth replacing.

In 1993, local boatmen, Bryan Rodgers and Graham Hussey, resurrected the ferry service. With the support of Sir Edward Greenwell, who owns the land on the Gedgrave bank and Jamie Greenwell, who owns the land on the Capel bank, they set about repairing the hards. Sir Edward provided the shingle to construct the walkway across the saltings and build up the old hards. The hard on the Gedgrave bank was, by now, two feet below the surface of the mud. The river silts up more quickly on the inside of the bends. In the first year they averaged two passengers a week. They used a small dinghy which could carry passengers but not cycles. In 2003, this was replaced with a larger boat (the one in use now) which enabled cycles to be transported. In 2018, over 1000 passengers and 400 cycles used the ferry.

The boat, jetties and hards have to be maintained and repaired to comply with the operating licence and the insurance. The hards slowly sink into the mud, the saltings grow across the path, marine worms eat the jetty timbers, sea weed grows on everything and the boat needs constant repairs to keep it safe. All of this is done by the volunteers who operate the ferry. In the last few years they have redesigned and rebuilt much of the infrastructure to prevent causing more silting and to allow the natural regeneration of the saltings.

Without the work and skills of the volunteers the ferry could not afford to operate. 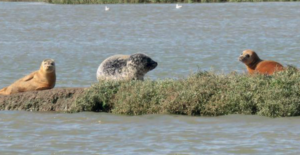 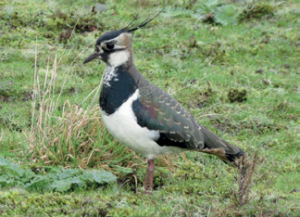 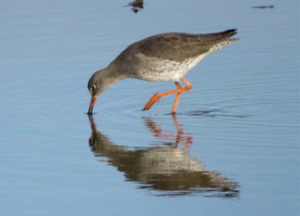 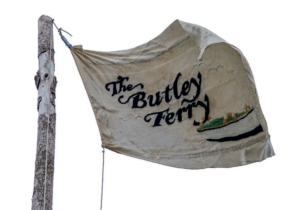 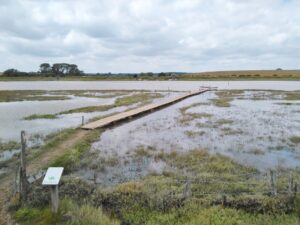 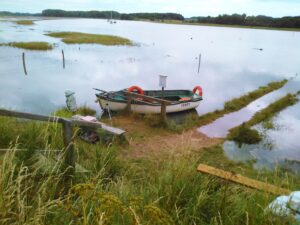 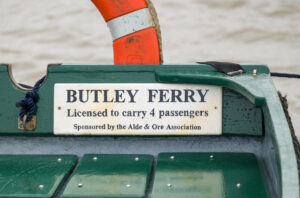 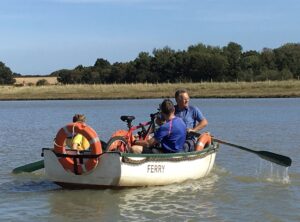 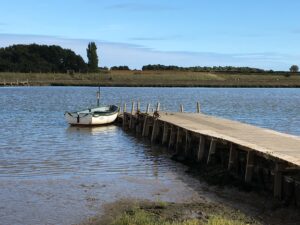